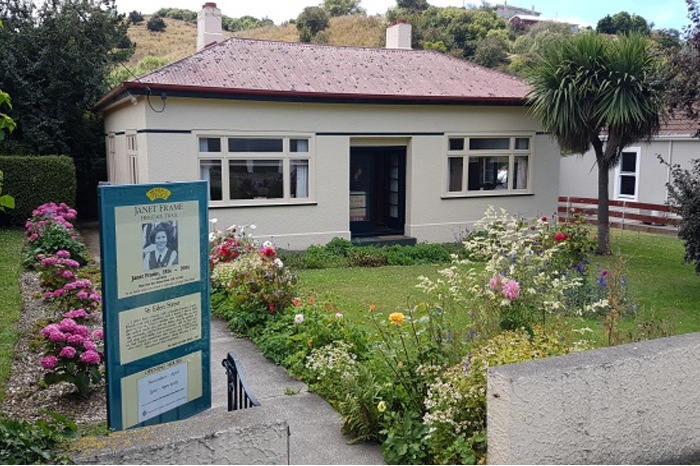 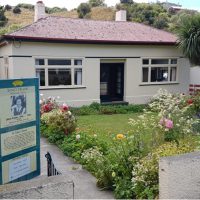 ‘Life at Ōamaru with all its variety of new experiences was a wonderful adventure.  I was now vividly aware of myself as a person on earth, feeling a kinship with other creatures and full of joy at the sights and sounds about me and drunk with the anticipation of play…’

Janet Frame lived at 56 Eden Street from the age of six until she left Ōamaru after completing secondary school.

Her childhood became one of the best known of any New Zealander after she wrote of its joys and sorrows in her bestselling autobiography, which was immortalised in the celebrated film An Angel at My Table.

Visitors can purchase books and cards, view archival material, listen to recordings, enjoy a guided tour, and learn about the times spent in the house, garden and surrounds by the Frame family.